Topaz is available in bright yellow to golden tones, blue, brown and colourless. Topaz has a hardness of 8 on Mohs scale, it is the birthstone for November and is the anniversary gem for 23 years. The rare imperial Topaz has a pinky apricot hue. Natural pink Topaz is very rare and the vast majority available on the market are coated. White Topaz is quite readily available, it is an inexpensive gem which is perfect for “bling”. White Topaz is heated and irradiated to produce blue colours. The pale blue Topaz is known as Sky Blue, bright mid blue is Swiss blue and darker slightly tealish blue is London blue Topaz. The golden / imperial variety of Topaz is mined primarily in Brazil. Colourless Topaz is found in numerous countries including Madagascar, Mayanmar, Pakistan and Sri Lanka. Topaz is doubly refractive, white and blue Topaz have an RI of 1.609 – 1.620 and the specific gravity 3.56 – 3.57. The RI of the yellow Topaz tones is 1.629 – 1637 and the specific gravity is 3.50 – 3.54. 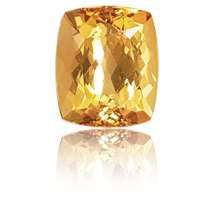 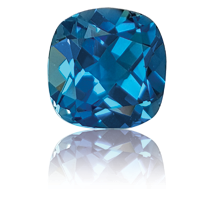 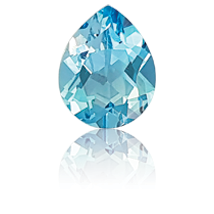