Alexandrite is the extremely rare colour change variety of Chrysoberyl. Originally found in the Ural Mountains of Russia and named after Czar Alexander II. Alexandrite has historically been one of the most sought after gems; although its rarity has made the price sometimes prohibitive. Alexandrite has a hardness of 8.5 on Mohs scale and is the birthstone for June and the gem for 55th anniversaries.

Synthetic Alexandrite is being produced and a purplish synthetic corundum (sapphire) is used to imitate Alexandrite. These were often bought back from Egypt and Africa by soldiers returning from war believing they had a natural Alexandrite. We have seen these synthetic stones for sale as Alexandrite in tourist shops overseas. 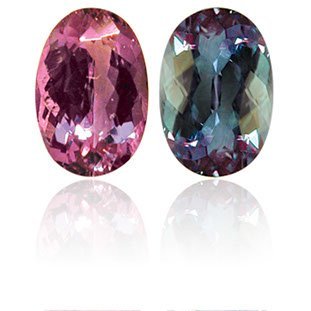 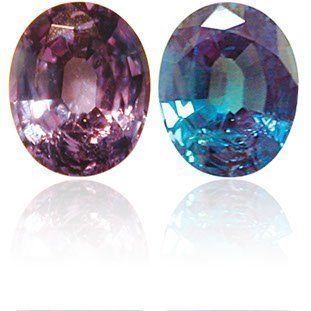